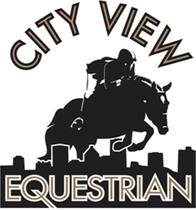 In 2009, head trainer of City View Equestrian, Mary Honora was 16 years old and recently gotten her foot in the door as a trainer of a pony breeding facility. She had spent a year learning about breeding, care, teaching lessons, and training a multitude of show ponies. Although her riding background was solely Western Pleasure at that time, she began to fall in love with the Hunter Jumper show world. At 5'9", she quickly realized that she needed to bring in a few horses to train and show in addition to the ponies.

​     Spring and Summer of 2009 began the search for a retiring track horse to try her new skills on. There were many appointments, and lots of dead ends. Finally, in the fall, after almost giving up on finding something suitable - she came in contact with a wonderful track trainer who had a horse back at their private facility. The horse Mary was shown was beautiful, and perfect for what she was looking for. But, the moment of bliss that followed the sale was quickly dismissed when "Amalfi Drive" popped her head over a stall door and stole Mary's attention and heart.

Amalfi Drive was a stall bound 3 year old at the time with a bone chip and a bad prognosis. When finding out that Amalfi Drive was to be shipped to auction, most likely to a kill buyer, Mary put an end to it very quickly. The beautiful sales horse and  Amalfi Drive were home with Mary within a week of meeting them. It was impossible to know at that time that Amalfi Drive, later named Tizz, would change Mary's life.

Over the next year, Mary babied Tizz back to life. The bone chip absorbed, Tizz's lamenesses quickly recovered under Mary's care and her health improved daily. By the following year, Tizz was being broke under saddle and starting Mary's career off as a trainer.

Shortly after bringing Tizz home and realizing that training was her true passion - Mary opened City View Equestrian and moved all her horses home. Every moment of Mary's life from that point forward was dedicated to the care of Tizz. Their bond was undeniable by everyone who met them.

In 2012, Tizz suffered a major accident that lead her being rushed to Cornell for emergency surgery and almost losing her life. Mary slept outside her stall, and when forced to leave the facilities, slept in the parking lot - refusing to leave her until knowing she was coming home alive. Months of care followed the risky surgery, including thousands of dollars in x-rays, supplies, vet check ups, etc. Mary and her now husband took up extra jobs to cover the costs of Tizz's every need.

While on the mend, Mary made the decision to breed Tizz resulting in a beautiful filly named Echo and the realization that breeding was where Mary wanted to take her business.

Tizz was retired in 2016 when some bone spurs were discovered behind her knees. It was an easy choice to make and Tizz was pampered daily with the intention of meeting her every need for the next 20+ years. She was bred to Alpine shortly after retiring her and produced a jaw dropping colt on May 18, 2017. The amount of love Tizz had for this foal was almost tangible.

​    Tragically, Tizz died in Mary and her husband's arms on July 14, 2017 while waiting for the emergency vet. She lost her life to a twisted gut that started in the middle of the night.

The City View community will forever grieve over our foundation mare that was the start of it all. The loss of this big, beautiful and sweet natured mare has left a hole in numerous hearts. We remember her fondly and continue to fiercely love her, even though she's no longer with us. We continue to see several of her quirky traits passed down to her colt, "Alpine's Parting Glass" and take comfort in knowing that she's still with us. 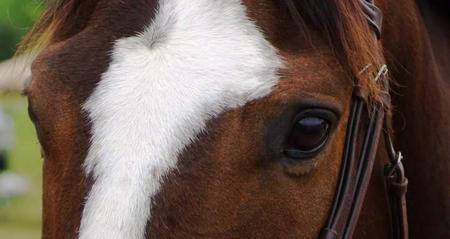 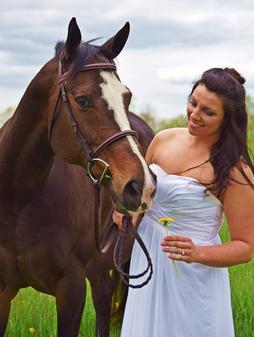